Posted by Karl on Aug 6, 2018 in Gravel Grind, Local Favorites, Memories, News, Reasons to Ride, True to Brew: Mixed Terrain Rides for the Thirsty | No Comments

The first ride that embodied my vision of what I wanted the True to Brew Series to be, was the OEC & Black Hog route.  I had help planning of course, one night I sat down with Kristin and Taylor to scheme.  Taylor is a human database of off-road networks, and down for any bike ride so long as the outcome is unclear. 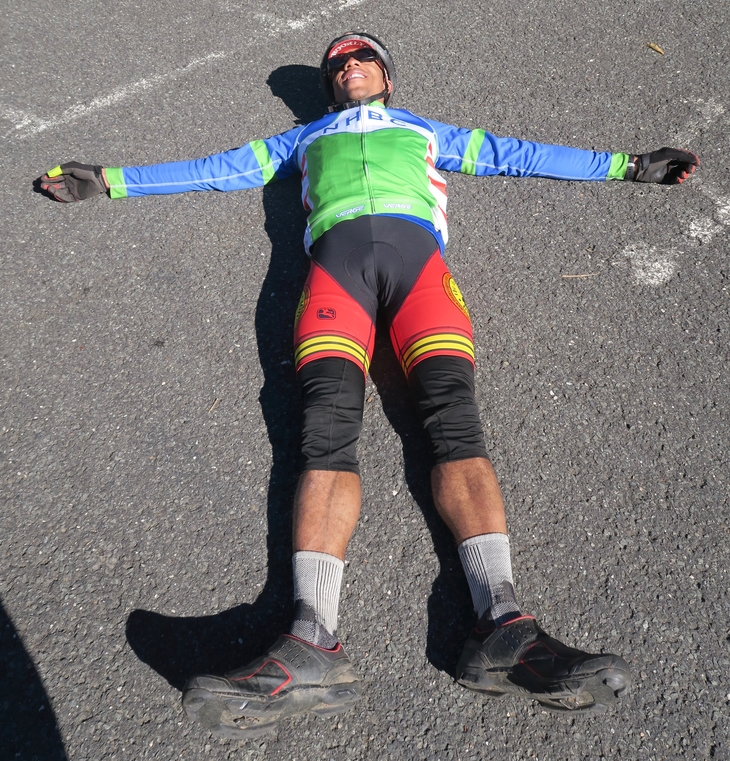 Kristin is equally down, but far more rational in knowing what our fellow riders will sign up for.

Kristin is down too.

That weekend, the three of us suited up and previewed the course.  Along the way we made changes, built bridges, saw terrible things, modified, saw beautiful things, relocated burrs, sampled beers and ultimately plotted a most memorable route.  We set a date, and anxiously waited for the wild rumpus to start.

Moments before entering the Shadowlands

True to Brew rides are throughly researched and plotted, but even still there is an air of uncertainty.  In my experience, uncertainty can lead to lasting memories, newfound fun, and meaningful bonds.  That first True to Brew, thanks in large part to the group’s willingness to try something new, incorporated all of these things, and that warms my heart.  Unless that’s the 98 degree New haven sunshine.  Case in point, somewhere along the bridle path whilst in Oxford, Mark Lurie, whom I had reached out to for off road advice but never met in person, felt we were close enough to OEC to get off the trail and search.  We had known Mark for about forty miles at this point, and though were hungry and thirsty, trusted him implicitly.  Off the path we went, riding on a “trail” for the ten or so feet it was visible, then climbing over a downed fence, and into an unkempt field.  We rode, or walked, or a little of both until eventually finding a gravel driveway of sorts. 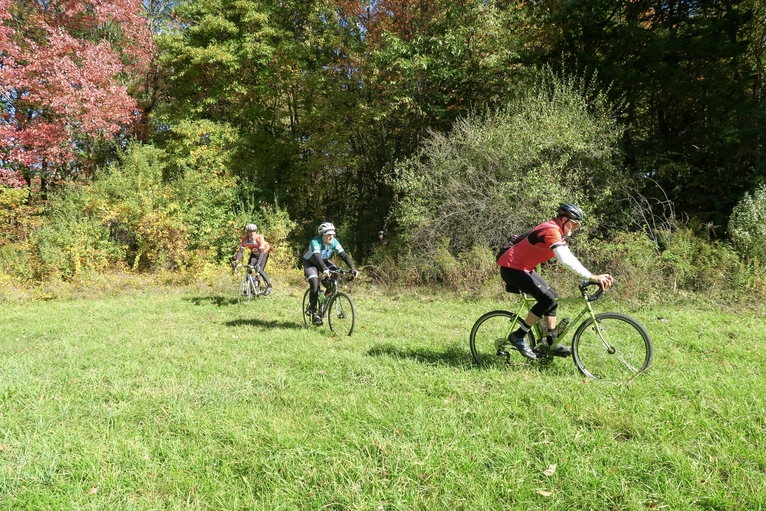 We followed Mark through the great bushwack of 2016 and came out buzzed on the other end.

The uncertainty was thick.  Before long (in mileage, that is, it felt like hours) we were on a paved road, a mere mile from the brewery.  That may have been the bonding moment of the group, from then on, even as we slogged up Blackberry Hill, we were friends, having fun in the face of exhaustion. 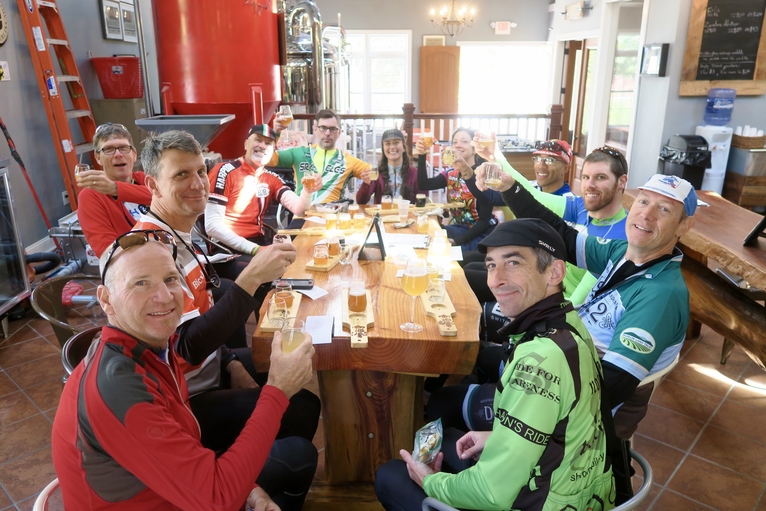 Uncertainty, with a better than average chance for success, is the driving force behind the True to Brew series of rides.  If you haven’t been on one before, I invite you to join us on Saturday, September 29th, for a revisit to OEC and Black Hog.  We’ll leave at 8:00am from the shop, but as anyone can tell you from previous rides, bring lights, plenty of water, and a willingness to embrace uncertainty and new friends. 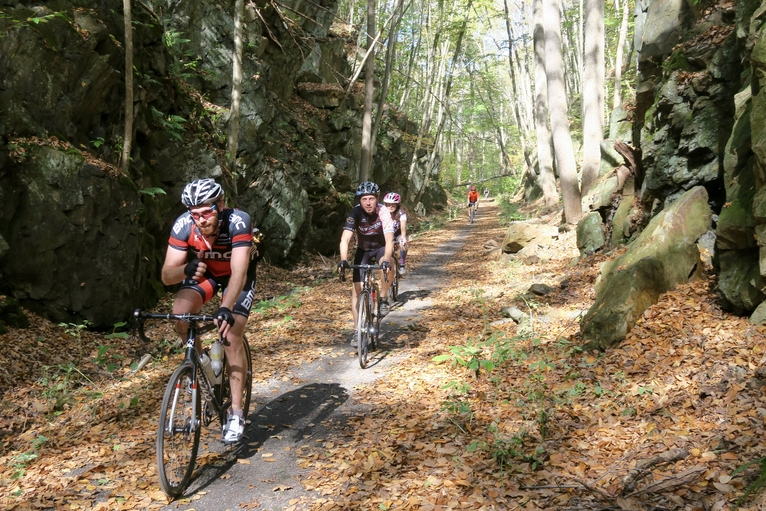 True to Brew IV: OEC & Black Hog, see you there.