I am 30 years old with the bank account of an 18 year old. I work on bikes for a living, and have had the luxury of riding a bunch of different bikes in my life. I have never owned a new bike – the markup always seemed silly, when there is an endless supply of perfectly good used bikes out there. I have bought used bikes from craigslist, off friends, or impulsively on ebay, but never a new one. I have owned and ridden an old steel Merckx, a Daccordi, an IRO, a couple of aluminum Raleighs, a Fairdale, an aluminum Sapa, and an All City. They all had their strengths and weaknesses; some fit better than others, some were lighter, some were tanks, some were flexy, some were stiff. But none were perfect. Each one had a flaw that I would always think about while riding it. Some felt a bit weird going downhill, some were too heavy, some didn’t have the right attachments for a rack I wanted to put on, some couldn’t fit the tires I wanted to put on. So in each case, I sold it and moved on to the next one, in the endless search for the perfect bike. 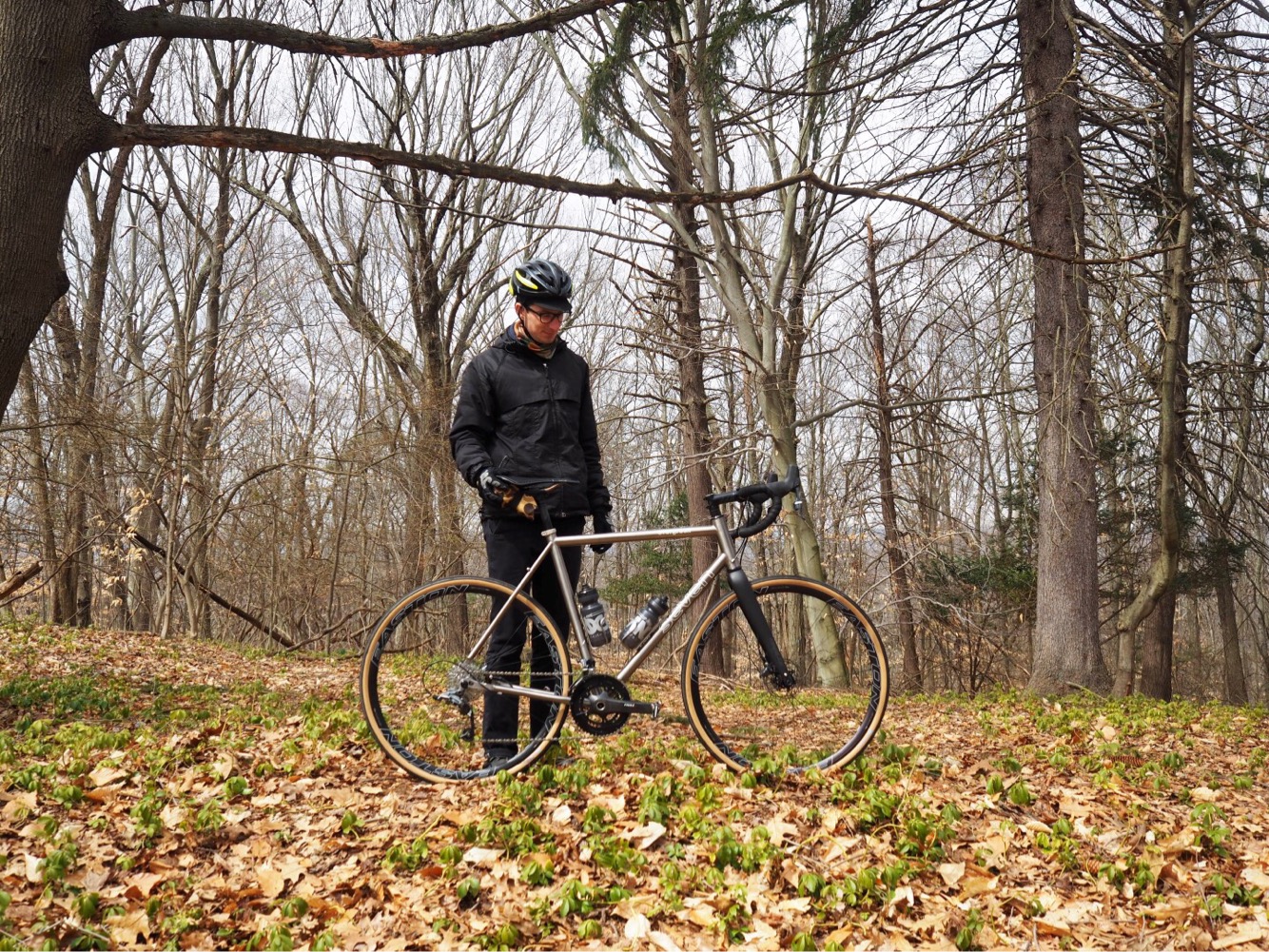 I know it sounds cliche to write, “And then I met Karl.” But I have no choice – its the truth! I never thought that getting a new bike, let alone a custom bike, was for me. Cliche sentence #1: And then I met Karl! If I am being honest, I more than met him – he moved in next door to me. And over a year of developing a friendship and hearing him talk to customers about the custom bikes he sold, I started to believe in the dream.

Long story short, I bought a custom Seven Evergreen SL from True Cyclery in late 2017, and built it up this winter. I was a bit nervous, I had just spent a lot of money on a bet that this custom bike stuff wasn’t all just smoke and mirrors. But I got through the winter telling myself that at least I got to support Karl, support American-made manufacturing, and own something made by some of the most famous bike designers (hi Neil!) and welders (hi Stef!) in the world. Plus titanium is cool as hell! 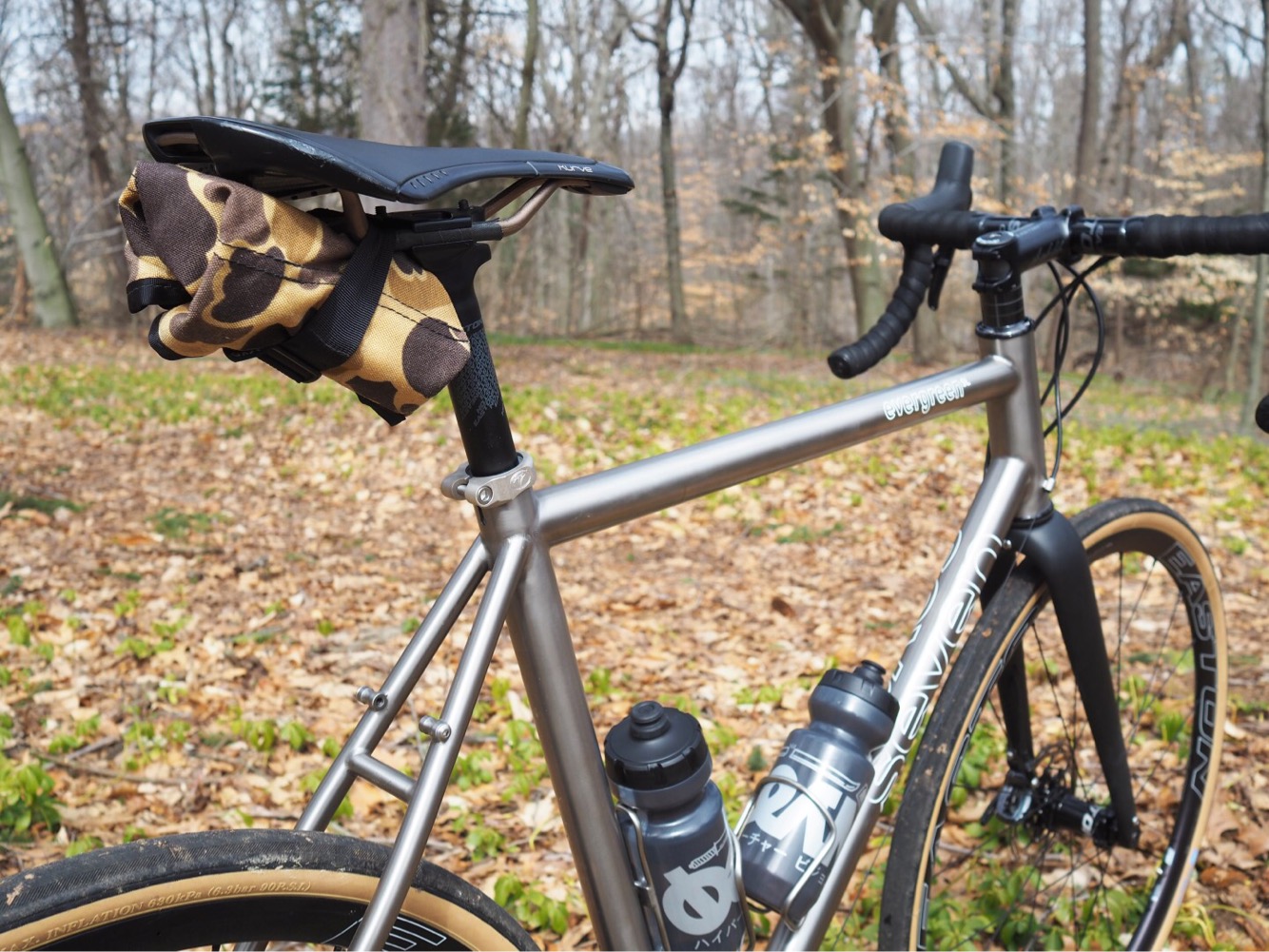 Cliche sentence #2: And then I rode the bike.

I am not kidding, my Seven is a perfect bike. Lets get the basic stuff out of the way. Decisions on material, weight, stiffness, fit, components, and various braze-on/technical additions are made during the design process. You get to pick all of this stuff, so of course these things will be perfect. This process gives the bike the perfect foundation. But actually riding it is the true test.

Perfection is a hard thing to describe. It is both relative and not. It is both science and art. It has a certain kind of magic to it. Yeah, I am sure you are rolling your eyes by now – I definitely used to when reading something that sounded like this. 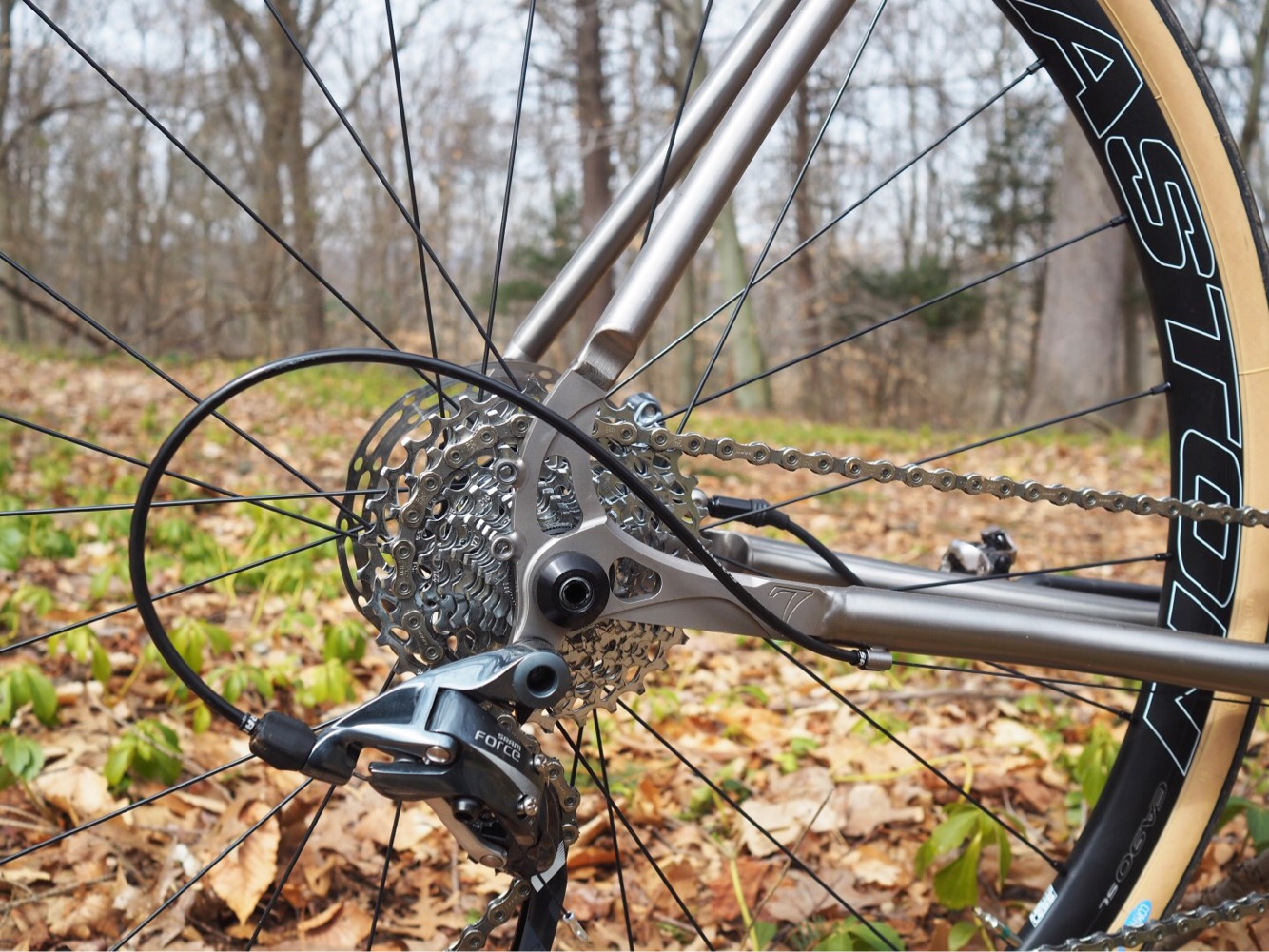 I felt it first when going through some turns on my first big downhill. In years of riding, I have never felt that fast or comfortable going through turns at speed. It just does exactly what I tell it, in a way I have never had before. I felt it again when sprinting up a hill. Then again when holding a line through a muddy rut in the road. I feel it every moment that the bike is tested. 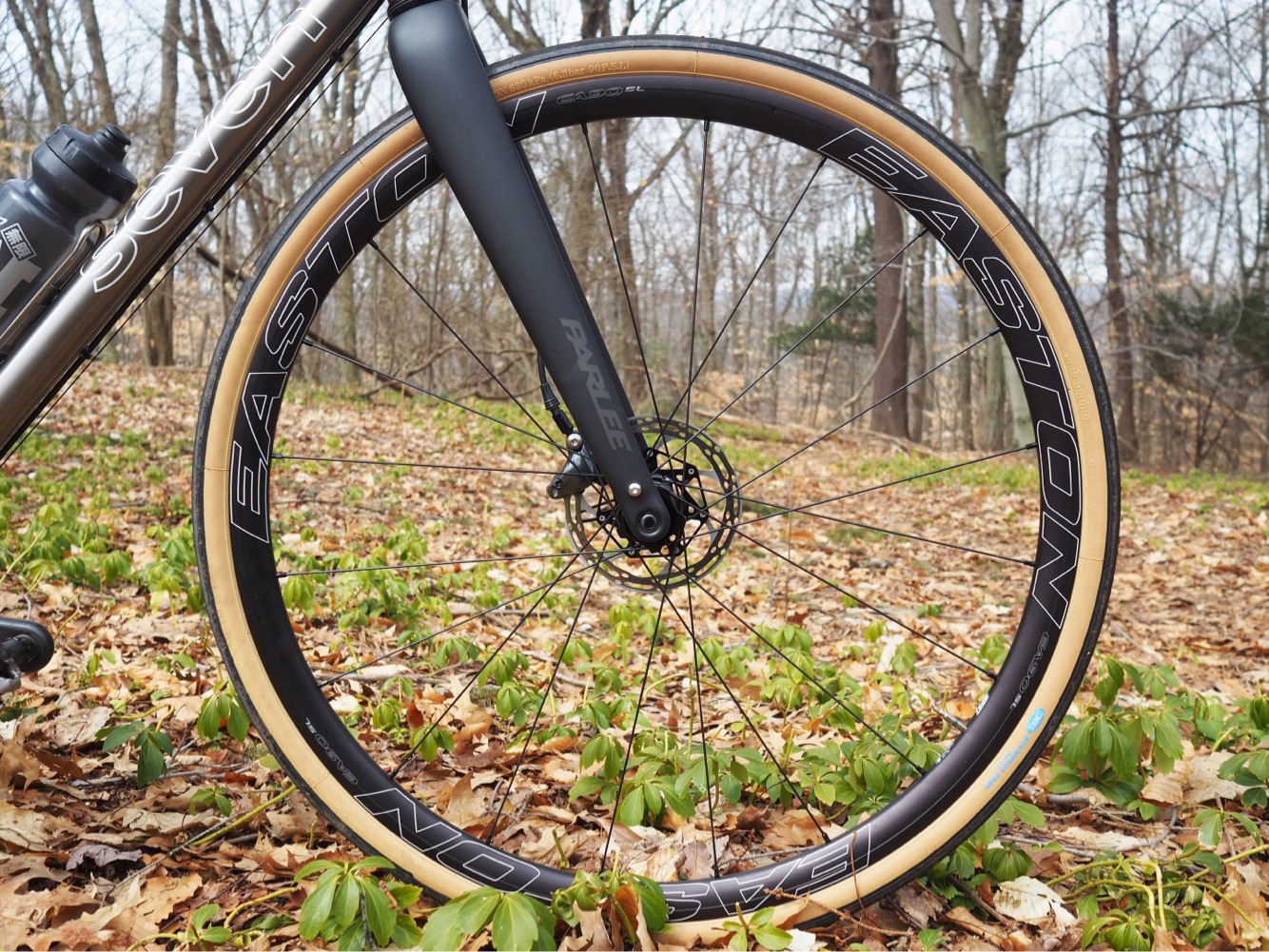 If you want more, come down to True Cyclerly and talk to me in person – I am next door almost every day. I believe Karl now – custom bikes are the perfect bikes. 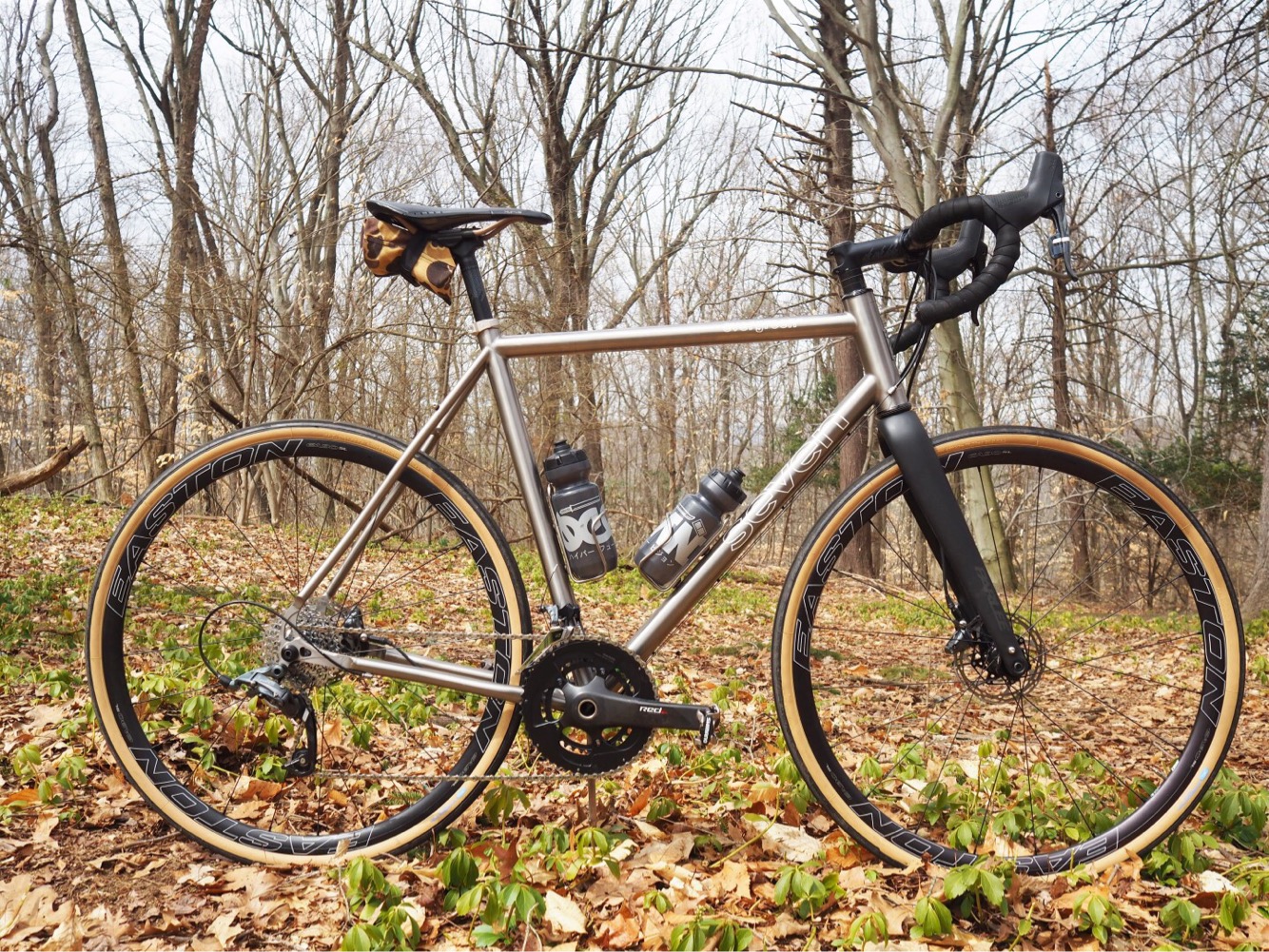