Another consideration for the modern road bike, is the frame itself.  Though the basic shape of the bike has largely remained the same over the years, there are changes and advancements happening with materials, shapes, and tube manipulation, that might be too small to see.

Weight:  Every year bikes gets lighter.  Every single year.  Full disclosure, I’ve lost interest in the weight of a bike.  When I work on a bike, and have to lift it to put it in a stand, I prefer a lighter bike, but on the road, I want a bike that fits and is a joy to ride, weight has little to do with that for me.  It’s possible that a 30 pound bike would alert me to the fun of a 15 pound bike, but the bikes I ride, road through mountain, fall somewhere between 15 – 25 pounds I’d guess.  I am certain the weight of my bikes has little to do with the speed and grace I try to muster, and it certainly doesn’t affect me mentally.  For some, however, a light weight bike is the only thing that matters, and for completely reasonable reasons.  One reason could be the thrill of lifting the bike on the showroom floor, or amongst friends, and to be astounded at how light such a large object can be.  It’s also a very easy thing to compare, “that new bikeis lighter, lighter must be better, that bike is more lust worthy than my bike.”  Or, “my frenemy’s bike is lighter than mine, that’s why she is whooping my ass on the Kimberly Ave. climb.”  Or, should you be struggling on an uphill, you might think, “If I had a lighter bike, I’d be a faster.”  The good news, is that no matter what you think about weight, modern bikes are quite light, and even lighter next year.  To me then, a modern bike is just that, quite light, but “quite” is in the scale of the beholder. 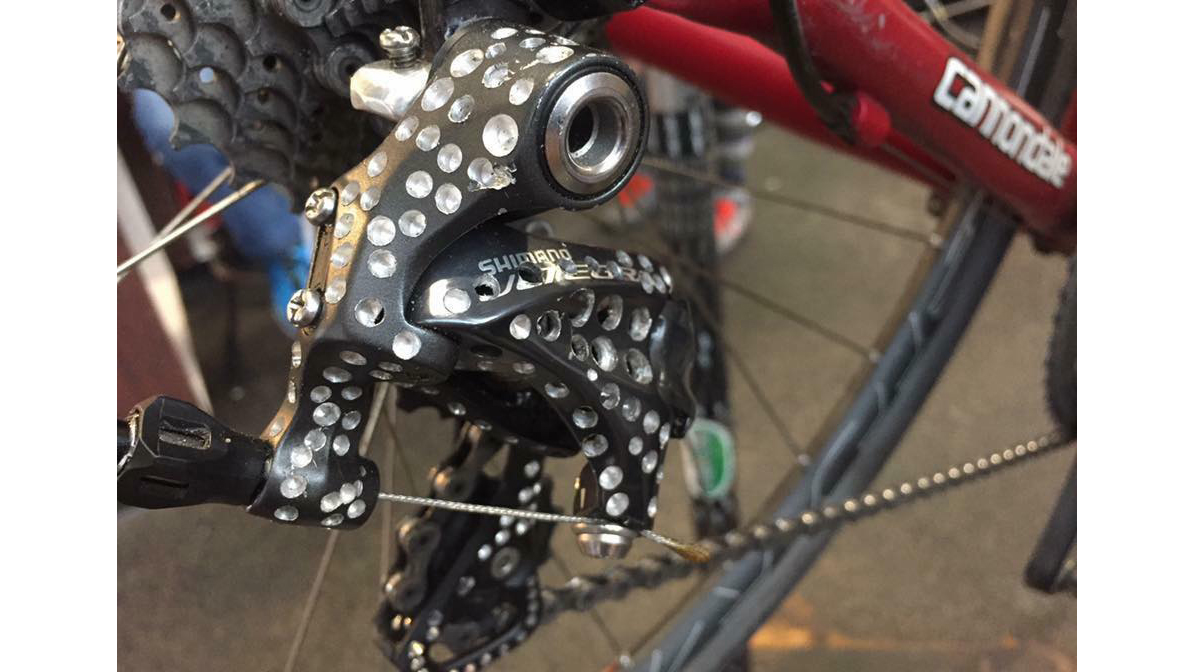 Every year bikes and components get lighter, that’s a given, but is lighter right for you? (photo courtesy of bikeradar.com)

Aero:  Aerodynamics are also improved every year.  The more aero the bike, the better you’ll slice through the air, eliminating resistance, and working less to go faster, right?  Aero properties can be found in frame design, rim depth and shape, tire to rim transition, helmet shape, whether or not your jersey is zipped up, and how you are positioned on the bike.  While one bike might be more aero than another, it’s the rider that has the largest effect on aerodynamics.  A bike that fits well, and allows you to ride in an aero position for a long time without pain, is likely to affect your results more than whether or not your bike is considered aero or not.  Like weight, aerodynamics provides comparable data from one bike to another which makes bikes easier to differentiate, and sell.  The good news is, interested or not, a modern road bike is reasonably aero at worst. 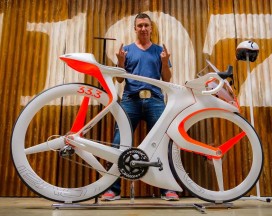 Is aero right for you? (picture courtesy of bike-eu.com)

Stiffness:  Along with weight and aerodynamics, bikes get stiffer every year.  Stiffness is a word that exudes speed and responsiveness, which sound like good things to experience on a bike ride.  For some, a stiff bike is just the ticket for a stage win, a PR on a group ride, or a recipe for the most jarring ride possible.  I’m 6’2” when I stand up big and tall, which puts me in the Large or Extra Large bike size.  I also weigh 140 pounds and am quite fragile.  I ride with people who are my height and weigh at least a hundred pounds more.  We ride bikes that are very similar in size, but due to our difference in weight, a stiff bike for me could be a noodle for him, and a stiff bike for him would be a torture device for me.  A certain amount of stiffness is a good thing, but too much can rob the bike of a sweet forgiving ride, which might be more valuable to you over the course of a long ride.  A modern road bike has to have a focus on performance, without sacrificing comfort. 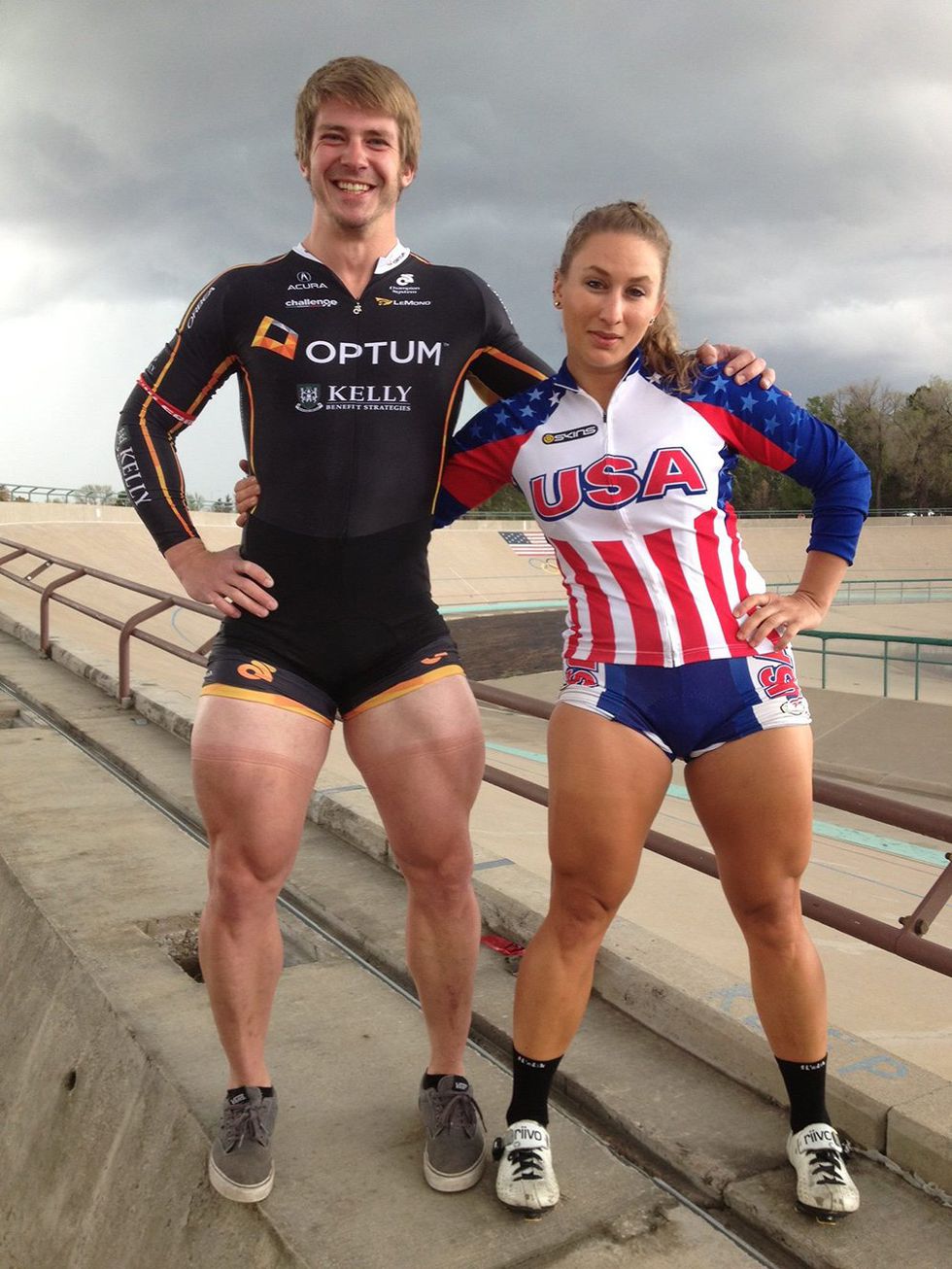 How stiff do you need your bike to be? (picture courtesy of bicycling.com)

Which attributes do you think should be found in a modern road bike?  Are you after the lightest, stiffest, most aero rig like those seen in the tour?  Do you want a bike that’s stiff enough for you, but forgiving as you climb up and over the Litchfield Hills?  Let me know, I am curious what you think defines the “modern road bike.”  Hit me up: karl@truecyclery.com